The following is an honest review of the Percy Jackson Series by Rick Riordan and my suggested age rating.

Percy Jackson is a “good” kid but something has always been different about him. He’s constantly getting in trouble and going from school to school and he doesn’t understand why. After a catastrophic school field trip, Percy’s mom decides it’s time to tell him the truth. Turns out monsters are real and Percy is half god. His mom sends him to Camp Half-Blood a summer camp for demigods to keep them protected and train them for monster attacks. Soon Percy learns his dad is Poseidon, God of the Sea… no big deal. Percy is sent on a quest to save a war from occurring not long after his arrival, with two of his best friends, the daughter of Athena and a satyr.

Review of The Percy Jackson Series

The first in the series, The Lightning Thief is full of world building and character development. I had already read this one when I was younger so nothing was a surprise but I love me some comfort characters.

The Sea of Monsters

I liked this one because we dove deeper into the greek mythology world. New setting, familiar faces, and learning more about Percy’s abilities.

I think this is my second favorite in the series. We get new characters, types of people, settings, magic, gods etc. We got all kinds of new and interesting things and perspectives.

The Battle of the Labyrinth

THIS, THIS is my favorite in the whole series. I thought it was action packed, dynamic, and the most intriguing. I loved seeing Percy and Annabeth’s relationship grow more in this book. All the books are truly middle grade but something about this one felt older to me than the first three.

Lastly, The Last Olympian.. something about this one fell flat for me. I think the main problem was the pacing, at times it felt as though it was slow and then other times (such as the ending) I was like “welllll that happened fast.” Overall I did enjoy it though, it was bittersweet to say goodbye to this series but I know I’ll read it again. You can definitely feel all the time that has past since the first book. Percy and his friends are around 16 now and you can tell the added responsibility and maturity to the characters.

I gave the Percy Jackson Series as a whole, 4.5 stars on Goodreads

I am giving the Percy Jackson series an age rating of 9-10 and up.

If you enjoyed this review and age rating of Percy Jackson, check out our others here: https://theselyricsandlines.com/category/reviews/?swcfpc=1

Find us (and say hi!) on all our social medias here: https://linktr.ee/theselyricsandlines 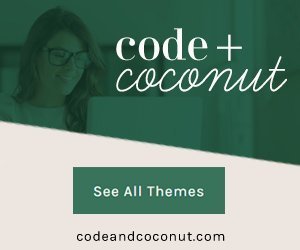